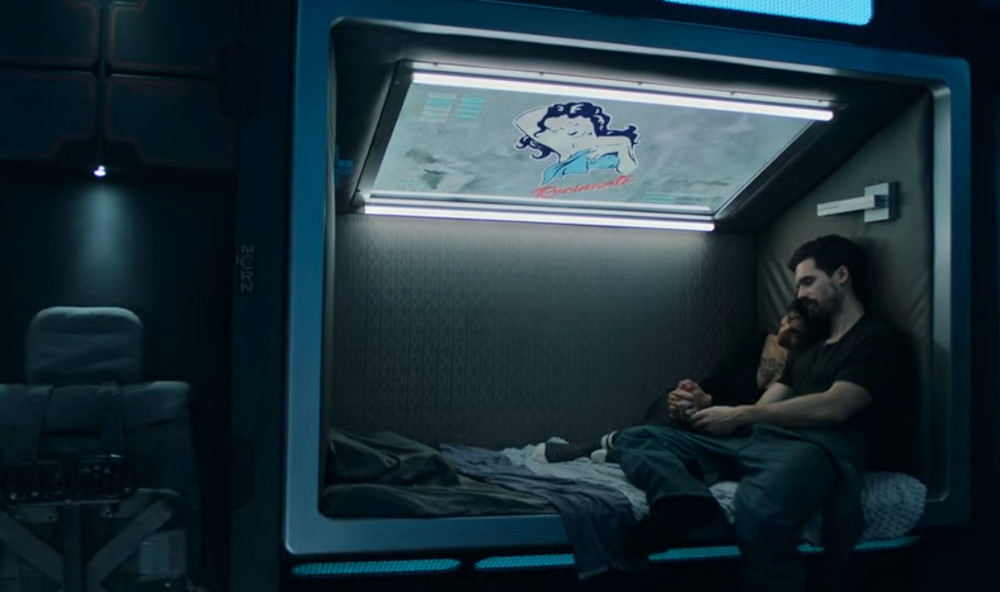 October 12, 2020 — I imagine that most of us these days have their personal "favourites" among well-made television programs that, in the end (or sooner), we felt betrayed by.

I never did watch Lost and I bailed on Game of Thrones a few episodes after the red wedding. I had been enjoying the show, but also realized that I couldn't identify most of the characters by name, which is never a good sign. From all I've heard and read since the finale, I missed much style but little substance.

I did, though, watch all of Battlestar Galactica, including its side-series, and had my fingers crossed right to the bitter end that show-runner Ronald D. Moore knew what he was doing.

I haven't revisited the show since I reviewed the finale back on the 22nd of March, 2009, but I have no doubt I would still agree with my younger self if I were to do it. "Explaining" 71 episodes and two movies worth of plot and mysteries by saying that "God did it" has to rank very near the top of the cop-out hall-of-fame.

I've given away the ending, but if you'd like to read my original review, click here. (Note: I modified the original headline, which read: "Not with a bang: The end of Battlestar Galactica through the mother of all SF cliches".