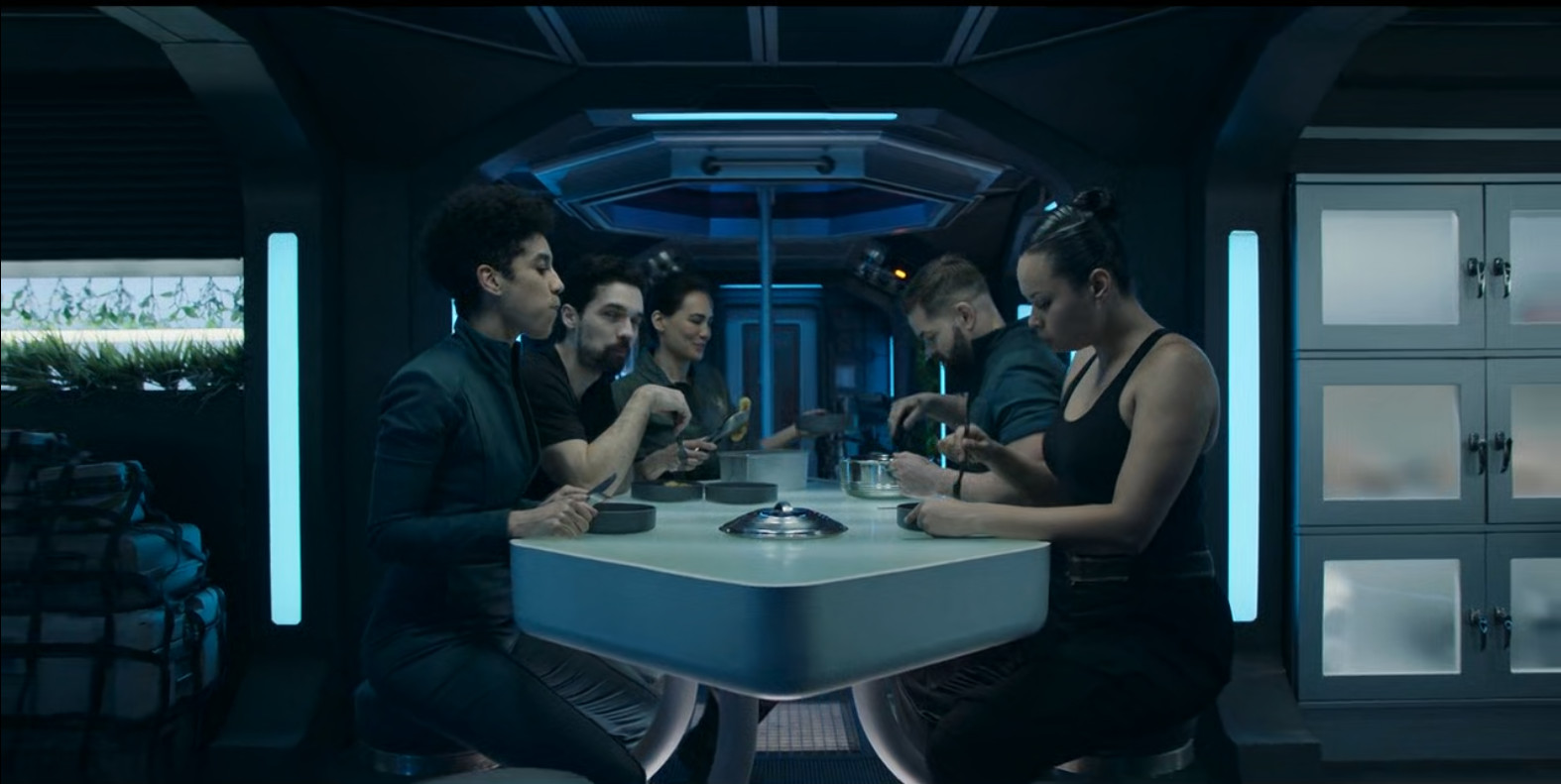 So, The Expanse has come to an end after an all-too-brief six episode, sixth series. For those of you who haven't had the pleasure, I'll say only that it was perhaps *the* best book adaptation I've ever seen, brilliantly and confidently *adapting* prose into a visual medium. Set a couple of hundred years in the future, when Earth and Mars and "the belt" are the three main forces struggling for control of the solar system when ancient alien technology is discovered.

It was a work that was politically sophisticated, with a strong a diverse (in many senses of that term) cast of characters, almost all of whom merited at least some sympathy from its viewers. It was a show that was at times tense, exciting, deeply moving and sometimes very funny.

And this short, final season was a master-class in how to finish up a story when, in fact, the story was not finished. (The series covered only the first six of the nine book series.) Season six took its time, never feeling rushed, even as it slowly became clear that it would not even try to tie up all the loose ends. As in real life, things will continue to happen after the end of this episode.

I might write a real essay on the show one of these days, but for now, I'll say this.

For a season that seemed to be leading up to a climactic space battle, the climactic episode spent an awful lot of time with (some of) the main characters hanging out in the galley of their gunship, the Rocinante, sharing food and laughter.

Yes, there was a climactic battle — in fact, there were (counts on fingers) at least three — but the emotional payoff came with food and an unexpected (even though I *have* read the novels) sense of joy in the present, and hope for the future.

The Expanse was a program that never made pornography of the violence it portrayed; even when dealing with slaughter on a scale we in the real world have, so far, never faced, it made sure we viewers understood that the victims were as important as the individual characters we were following.

It was a program that saw as much courage in an unarmed woman offering to sacrifice herself to a desperate mob, as it did in that same woman using her skills to save her ship from destruction. It was a program that brought the pains and joys of relationships into outer space and made them matter.

And of course, all that time spent on domestic pleasures underscores just what it is that Holden & company are fighting for: the chance for people to come together and make good lives with one another. That's really it. No one on the Roci lusts for power, or riches; they just want to live, to create (in their own ways), to give back to the universe

And for a while, at least, they have.

Did the final episode leave some loose ends? Absolutely. And maybe another company will decide to provide the funding to carry the story forward. I'd like that if it happens. But the story they were telling came to a proper conclusion, and if that's all we get, that's good enough for me. (And besides, there are always the last three books, if I want to be reminded of What Happened Next.)

What a pleasure. If you haven't seen it yet, you're in for a real treat.