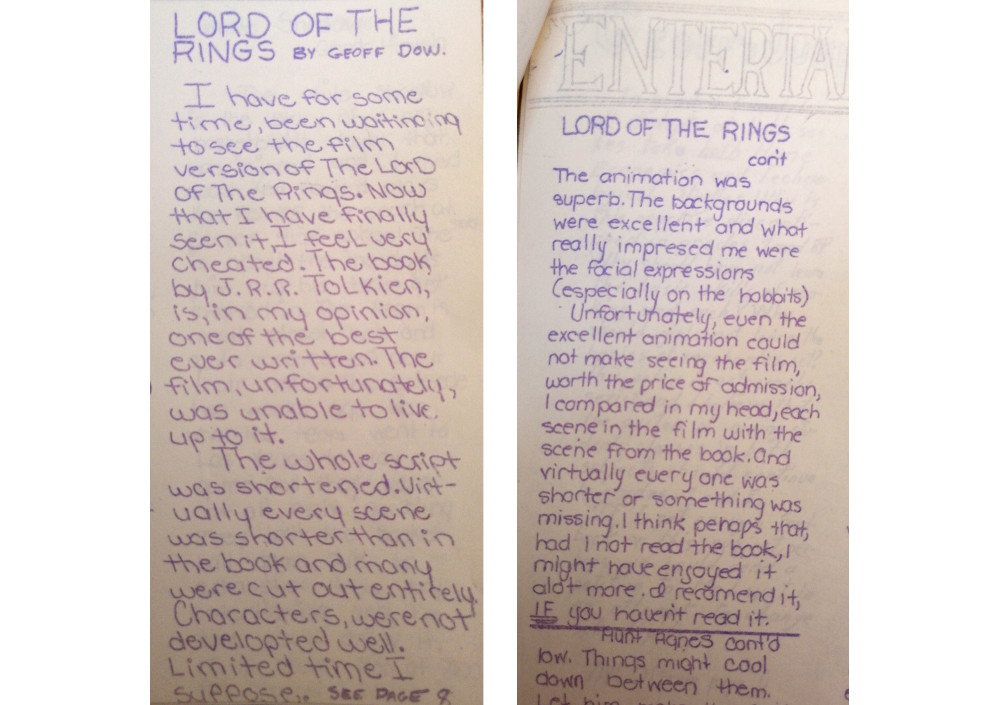 A critic is born: My review of Ralph Bakshi's animated film, The Lord of the Rings, printed in The Wembley World, February 23, 1979.

June 20, 2020, OTTAWA — I have been reviewing things I've read or watched at least since I reviewed Ralph Bakshi's version of The Lord of the Rings in the February 19, 1979 edition of my grade 8 school paper, The Wembley World (see photo, above). The first book review I remember writing came in Grade 9 for my Science Fiction Literature class; that was meant as a critical paper, not a review per se, though the two forms (like so much else in the universe) blur together at the edges.

In the intervening years I have written reviews for both love and money (a gig I wouldn't mind repeating).

I haven't done much of it in the past few years, at least in part because Rex has been down and I have an aversion to posting serious writing in places that are not mine. Now that I am getting this site back up and running, I intend to start talking about books again on at least a semi-regular basis.

Note that I prefer to recommend books rather than demolish them, but there's no denying that taking apart something that is for not apparent reason all the rage can be a lot of fun. Still, you're not likely to find me tearing apart an indie publication unless there is a strong reason to do so. Punch up, not down, as the saying goes.

A list of my book reviews is below, ordered by author's last name.

If you are a publicist or a writer and would like me to review your book, please query me first; I have a lot on my plate and don't want to waste your time and budget on a book I might not read. geoffrey.dow (at) ed-rex.com.