Memoir: His name was Dog 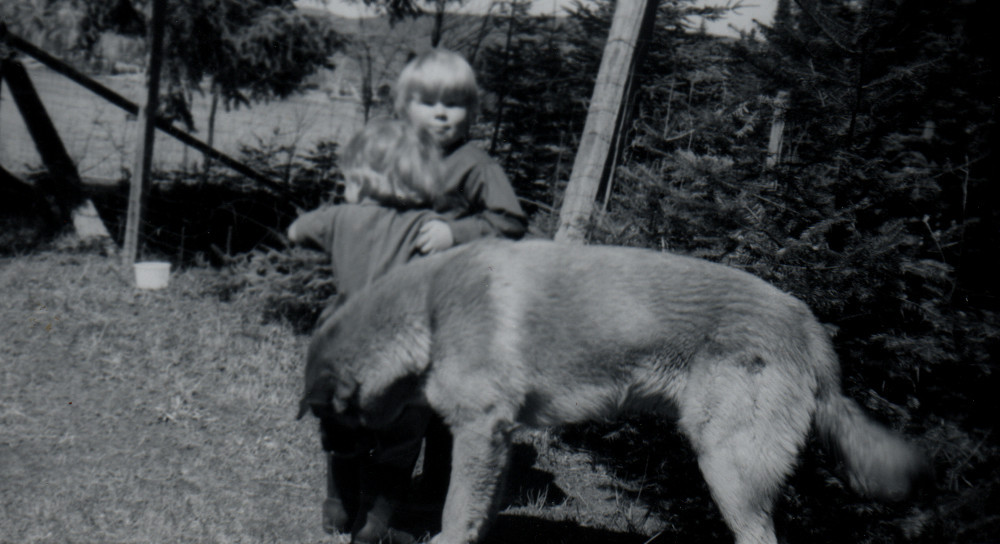 This item was first posted to Edifice Rex in 2003, but was originally written for a Usenet post, probably to the late, lamented group ott.singles, "possibly around 1995", as I guessed in 2009. Tragically, despite Google's promise to archive those groups, what my father used to call the "crown jewel of the internet" no longer seems to be available. At least I managed to save this particular piece for posterity.

His Name Was Dog

Carl Dow loads our car as I stand with my younger brother and Dog.

He was a big dog, a German-Shepherd/St. Bernard cross, light brown and tan with the Bernard's occasional white patches — from a distance, the smudged effect was almost a kind of gold — but with the Shepherd's body. I had not long turned two when my parents brought the puppy home. I wish I could say I remembered the event, but I do not. Instead, in the egocentric manner of childhood's memory, he was simply there, a constant, loving presence in my life.

Nevertheless, family lore has it, it was I who took to him and made it clear to all that he was mine and that his name was Dog.

For over five years he was my friend and protector.

When I was three I was lost in the woods behind our home north of Montreal. I called to him and he led me back to my door; he took a stranger's wrist firmly between his teeth when the man stopped his car and approached me while I was doing whatever it is three year-olds do when they play on the riverbank; he shared my joys and mourned my losses; he returned home, weeks after disappearing, like some canine Lazarus risen from the dead, or some muddy and famished adventurer, returned bearing the stigmata of an alien leather collar and the remnants of link chain rattling at his throat; and he was always there when the school bus brought us home on dark January afternoons. 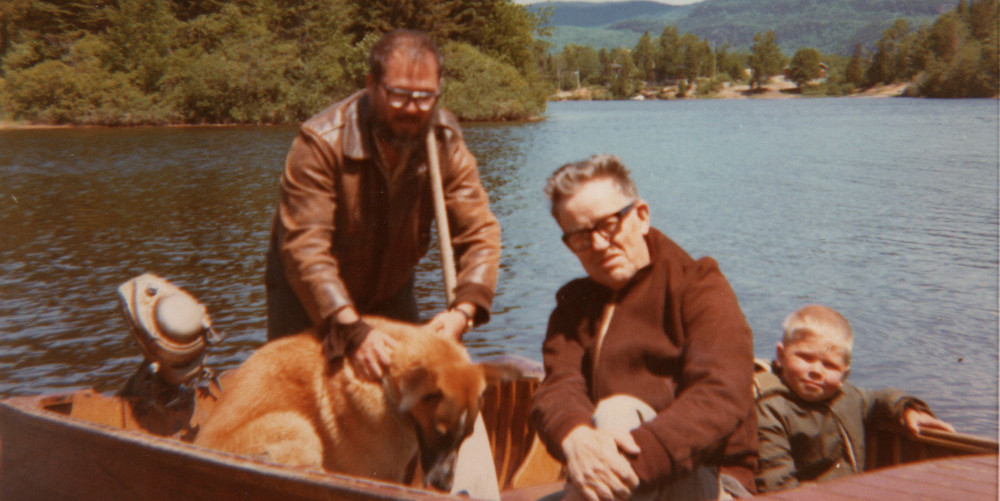 My father, Dog, my maternal grandfather Bill A. Hart, and myself, circa 1968 in St-Donat, Quebec.

He was in his sixth year when he died. We never did learn what it was that killed him.

I was just turned 8. My brother and I had awoken together, or at least had left our loft, at the same time.

Together, we saw the barricaded door, a chair wedged tight against the neck of the doorknob and much of the living room's other furniture piled before it. On the door itself, and barely legible for all the stools and tables and pillows and sofas in the way, was a terse but eminently clear note.

My brother and I crept up the ladder to our parents' loft and, gently, shook them from sleep.

I don't remember much besides my father, pushing aside the barricade, with love in his eyes and a .22 rifle in his hand.

Dog had come scratching at the door at 3 or 4 in the morning, begging entrance to his home. He was foaming at the mouth. I imagine my parents looked in his pleading eyes as they made the decision that the dog (Dog!) would not be permitted egress.

The door banged shut and we watched him trudge through the snow. He approached the rum barrel that had been Dog's home and peered inside.

Presently, he stood straight again and slowly returned to the house.

There had been no need for the rifle. Old Dog was dead.

Dog prepares to join Carl Dow in a boat circa 1968 in St-Donat, Quebec.